Here’s a very pretty song by one of my favorite composers, Kenny Wheeler.  It comes from Kenny’s 1973 album Song for Someone, and features vocalist Norma Winstone, who penned the lyrics for this tune.  Of course the bare bones nature of this lead sheet can’t do justice to Kenny’s rich orchestration and sense of timbre, but I still thought it worth sharing. 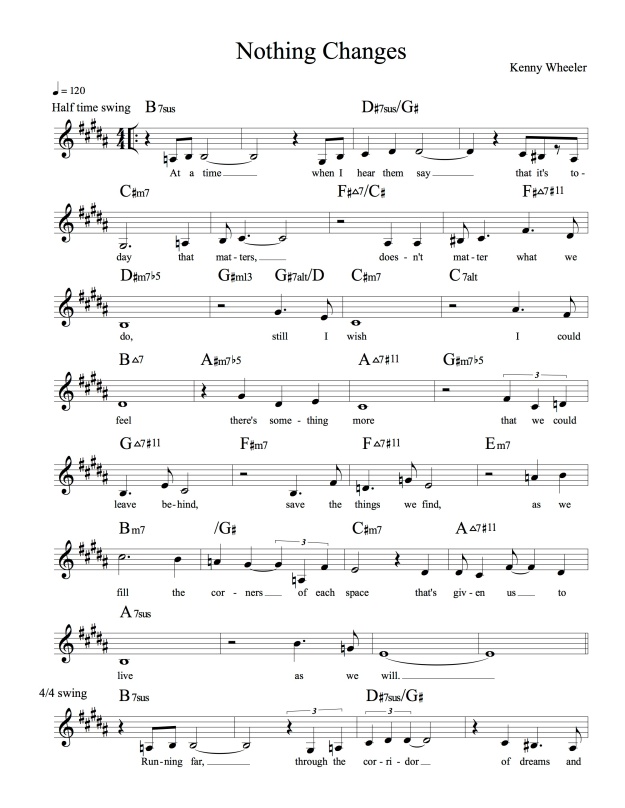 I have mentioned before that I like to listen to music while falling asleep, and I find that albums put out by European label ECM often provide a soft musical pillow.  ECM has possibly produced more drummerless sessions than any other record company.  One such effort is Kenny Wheeler’s Angel Song, featuring Lee Konitz, Bill Frisell, and Dave Holland.  These powerhouses of jazz seem to fall under the spell of Kenny’s austere compositions, subsuming their otherwise strong musical personalities to create a meditative mood.

Update: This theme is also titled “For H.” on Kenny’s album Music for Large and Small Ensembles, released a few years earlier. 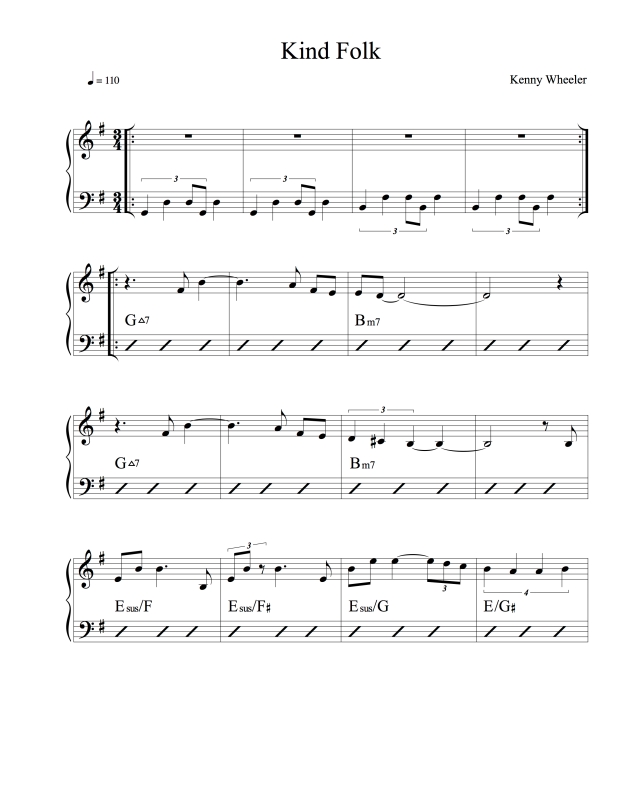 For almost ten years I’ve been looking for Kenny Wheeler’s Gnu High album on vinyl.  This week I found it in a used record store, in great condition at a great price!  It was Kenny’s first session for ECM records, and he’s backed by the amazing trio of Keith Jarrett, Dave Holland and Jack Dejohnette.  Unfortunately I’ve spent my few free hours this week learning pop songs for a wedding, so I haven’t had time to get deep into it.

Kenny’s “Heyoke” takes up all of side one and has two distinct movements.  This is the form the band solos on for the first ten minutes or so: